David Schweitzer is one of the most sought-after, award-winning and eclectic composers working in the United Kingdom today. A collaborator of Jonathan’s since 2000 (years before Changeworx was founded), he has scored well over 100 films since attending Oxford and the UK’s NFTS. David’s Charlie and Lola score won a Royal Television Society Award, unprecedented for a children’s program. His credits include many high profile series for Discovery, National Geographic & BBC. Also a successful singer-songwriter, David and his wife Mary, the parents of four, were commissioned by the Tate Gallery to create the best-selling “ArtSongs” CD. In addition to music for smaller projects, David co-wrote the music in Follow the Leader, and did additional music on Sunny Intervals and Showers, where he exceeded all expectations by nailing every song and cue he was asked to write on his first attempt! 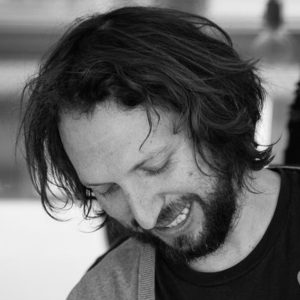