Charles Gershman was one of Changeworx’s first interns about a decade ago, and he completed a majority of the transcriptions for Follow the Leader. He’s continued to be a supporter of our work ever since in various ways, and likewise we’ve enjoyed supporting his playwriting career (like listing him here, so you too will know about his work!). Charlie’s plays have been produced by Theater for the New City, La MaMa ETC, the New York International Fringe Festival, The Barrow Group, Horse Trade/FRIGID New York, and Three Bone Theatre. He is the artistic director of SNOWY OWL, an Off-Off-Broadway company, and is currently completing an MFA in playwriting at New York University. 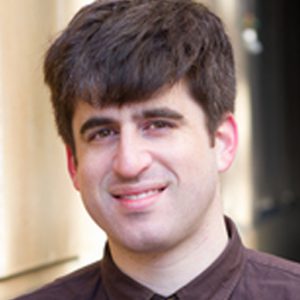