Jonathan is an Emmy-nominated filmmaker and the founder of Changeworx. His films as a director and/or producer have been supported by broadcasters and funders including BBC, PBS, Netflix, NHK-Japan, Ford Foundation, Tribeca Film Institute and Sundance Institute. Documentaries he’s worked on have followed people from five continents for multiple years.

Changeworx’s latest is Among the Believers, which profiles a firebrand Pakistani cleric and two of his students. Made collaboratively by a Pakistani Muslim, Indian Hindu and American Jew (Jonathan), it’s played over 60 festivals in over 25 countries and won over thirty awards. Jonathan’s Silver Telly-winner Follow the Leader (2012) premiered during the Republican and Democratic national conventions; was released by Angelika Film Center, PBS stations and Cinedigm; and was featured on C-Span, CNN and Fox. Sunny Intervals and Showers (2003) aired within the BBC’s flagship documentary series Storyville, and was nominated for Grierson and Mental Health Media Awards.

Jonathan was a Fulbright Scholar at the UK’s National Film & TV School (NFTS) in 1999, after studying psychology, painting, and political philosophy at Stanford. His current volunteer activities include serving on NY’s Fulbright Association Board as Co-Advocacy Chair, and as a co-mediator in arts disputes via Volunteer Lawyers for the Arts (VLA). After nearly a decade in London, Jonathan has been based in Brooklyn since 2008. 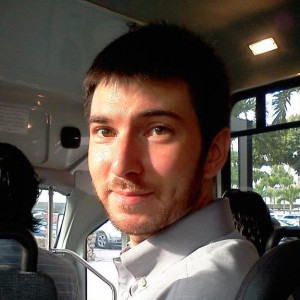